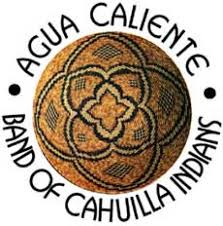 U.S. Legislation Bulletin
http://www.narf.org/nill/bulletins/legislation/115_uslegislation.html
We added the following bills and resolutions:
H.R.4443: Urban Indian Health Parity Act.
H.R.4485: To direct the Attorney General to review, revise, and develop law enforcement and justice protocols appropriate to address missing and murdered Indians, and for other purposes.
H.R.4419: Bureau of Reclamation and Bureau of Indian Affairs Water Project Streamlining Act.
H.R.4436: Caguana Indigenous Ceremonial Park and Tribes Indigenous Ceremonial Center Study Act.
H.R.4448: To provide for an exchange of Federal land and non-Federal land in the State of Idaho, and for other purposes.
S.Res.342: A resolution expressing the sense of the Senate that States, cities, Tribal nations, businesses, and institutions of higher education in the United States should work towards achieving the goals of the Paris Agreement.

Law Review & Bar Journal Bulletin
http://www.narf.org/nill/bulletins/lawreviews/2017.html
We feature these articles:
The fairness of tribal court juries and non-Indian defendants.
Access to energy in Indian Counrty: The difficulties of self-determination in renewable energy development.
Continuning to work for Indian Country in the 115th Congress.
The Tribal Labor Sovereignty Act: Do Indian tribes finally hold a trump card?
Indigenous people, human rights, and consultation: The Dakota Access Pipeline.
Yellowbear v. Lampert - Putting teeth into the Religous Land Use and Institutionalized Person Act of 2000.
Salvaging the United Nations REDD Program against the backdrop of international human rights violations.
Making strategic choices: How and why Indian groups advocated for Federal Recognition from 1977-2012.
Legacy in paradise: Analyzing the Obama adiminstration's efforts of reonciliation with Native Hawaiians.
"Why should I go vote without understanding what I am going to vote for?" The impact of first generation voting.
The case against property rights in old intangible Indigenous cultural property.
Water Security.
To sue and be sued: Capacity and immunity of American Indian Nations.
(Re)Righting history: Deconstructing the Court's narrative of Hawai'i's past.
Mitigating state sovereignty: The duty to consult with Indigenous peoples.