The NILL Tribal Law Gateway, which provides access to over 200 tribal codes, is continuously being updated. Recent additions include the Penobscot Nation’s chapter on Publication of Tribal Laws and Choctaw Nation’s Peacemaking Act. Check out what the Tribal Law Gateway has to offer, and contact the library for research assistance on your next tribal law project.

News Bulletin
http://www.narf.org/nill/bulletins/news/currentnews.html
In the Intergovernmental section, we feature an article about tribes requesting a bigger role in selecting U.S. attorneys.

U.S. Legislation Bulletin
http://www.narf.org/nill/bulletins/legislation/115_uslegislation.html
The following bills were added:
H.R.3524:  To amend the Internal Revenue Code of 1986 to clarify the treatment of contributions to Alaska Native Settlement Trusts, and for other purposes.
H.R.3490: To amend the Public Health Service Act to authorize grants to eligible entities to develop and implement statewide or tribal post-adoption and post-legal guardianship mental health service programs for all children who are adopted or placed in legal guardianship, and for other purposes.

U.S. Regulatory Bulletin
http://www.narf.org/nill/bulletins/regulatory/2017.html
We feature a proposed rule of the Department of Interior, Bureau of Land Management regarding hydraulic fracturing on federal and Indian Lands.

U.S. Legislation Bulletin
http://www.narf.org/nill/bulletins/legislation/115_uslegislation.html
The following bills were added:
S.1593: A bill to provide grants to States and Indian tribes to reform their criminal justice system to encourage the replacement of the use of payment of secured money bail as a condition of pretrial release in criminal cases, and for other purposes.
H.R.3211: Safeguard Tribal Objects of Patrimony Act of 2017.

U.S. Regulatory Bulletin
http://www.narf.org/nill/bulletins/regulatory/2017.html
We feature notices from the Bureau of Indian Affairs regarding land acquistions for both the Chickasaw and Cherokee Nations. 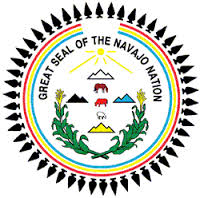 News Bulletin
http://www.narf.org/nill/bulletins/news/currentnews.html
We feature more than thirty stories. One of them, in the Tribal Jurisdiction section, relates to a Ninth Circuit Court of Appeals ruling that opens up tribal jurisdiction over public schools.

Law Review & Bar Journal Bulletin
http://www.narf.org/nill/bulletins/lawreviews/2017.html
The following articles were added:
Unclouding Arizona's water future.
Bio-prospecting in the Arctic: An overview of the interaction between the rights of indigenous peoples and access and benefit sharing.
Denying disgorgement: The Supreme Court's refusal to grant the Crow Tribe relief.
Integrating Indigenous rights into multilateral environmental agreements: The International Whaling Commission and aboriginal subsistence whaling.
Fracking in the Badlands: Can levying a carbon tax against oil and gas companies help Native American tribes raise revenue while preserving cherished tribal lands?
The Native American struggle between economic growth and cultural, religious, and environmental protection: A corporate solution.
The Violence Against Women Act: A double-edged sword for Native Americans, their rights, and their hopes of regaining cultural independence.
Environmental justice: A necessary lens to effectively view environmental threats to indigenous survival.
Back to the negotiating table: Designing a Tribal-State compact for Alabama.
Indian treaty fishing rights and the environment: Affirming the right to habitat protection and restoration.