The Tribal Supreme Court Project has added the following information:
* The Nomination of Neil Gorsuch to the Supreme Court of the United States – An Indian Law Perspective
* Gorsuch:  Summary of Indian Law Cases
Find at the Project website under Updates and Articles. 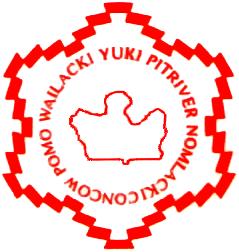 News Bulletin
http://www.narf.org/nill/bulletins/news/currentnews.html
In the Economic Development section, we feature an article about a Washington State case confirming treaty rights to travel and trade across state lines free from taxation.

U.S. Legislation Bulletin
http://www.narf.org/nill/bulletins/legislation/115_uslegislation.html
Six bills were added:
S.607: A bill to establish a business incubators program within the Department of the Interior to promote economic development in Indian reservation communities.
H.R.1581: To amend the Communications Act of 1934 to add access to telecommunications and information services in Indian country and areas with high populations of Indian people to the universal service principle relating to access to such services in rural, insular, and high cost areas.
H.R.1528: To amend the Higher Education Act of 1965 in order to fulfill the Federal mandate to provide higher educational opportunities for Native American Indians.
S.664: A bill to approve the settlement of the water rights claims of the Navajo in Utah, to authorize construction of projects in connection therewith, and for other purposes.
H.R.1491: To reaffirm the action of the Secretary of the Interior to take land into trust for the benefit of the Santa Ynez Band of Chumash Mission Indians, and for other purposes.
H.R.1532: To reaffirm that certain land has been taken into trust for the benefit of the Poarch Band of Creek Indians, and for other purposes.