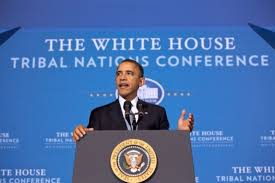 News Bulletin
http://www.narf.org/nill/bulletins/news/currentnews.html
We feature articles about the recent White House Tribal Leaders Conference as well as a settlement of mismanaged monetary assets and natural resources held in trust by the United States for the benefit of tribes.

U.S. Regulatory Bulletin
http://www.narf.org/nill/bulletins/regulatory/2016fr.html
We feature an adopted rule from the Environmental Protection Agency regarding treating tribes as states under provisions of the Clean Water Act.