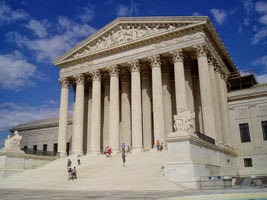 News Bulletin
http://www.narf.org/nill/bulletins/news/currentnews.html
In the Sacred Places section, we feature a couple of articles about the status of historic massacre sites.

Law Review & Bar Journal Bulletin
http://www.narf.org/nill/bulletins/lawreviews/2016lr.html
These articles were added:
Case comment: Adoptive Couple v. Baby Girl, 133 S.Ct. 2552.
The saga continues: the Redskins, Blackhorse, and the future of Native American trademarks in sports.
Human rights, Indigenous Peoples, and the pursuit of justice.
Chevron and Blackfeet: the battle for deference in the Sixth Circuit.

U.S. Regulatory Bulletin
http://www.narf.org/nill/bulletins/regulatory/2016fr.html
We feature a proposed rule of the Department of Interior relating to appraisals and valuations of Indian property.

U.S. Legislation Bulletin
http://www.narf.org/nill/bulletins/legislation/114_uslegislation.html
The following bills were added:
S.3365: A bill to amend the Internal Revenue Code of 1986 to improve the treatment of pension and employee benefit plans maintained by tribal governments.
H.R.6081: Moapa Band of Paiutes Land Conveyance Act.
H.R.6082: Know Your Oil Act of 2016.
H.R.6115: To fulfill the land conveyance requirements under the Alaska Native Claims Settlement Act for the Alaska Native Village of Canyon Village, and for other purposes.
S.Res.572: A resolution designating November 5, 2016, as National Bison Day.
is available at