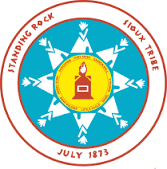 News Bulletin
http://www.narf.org/nill/bulletins/news/currentnews.html
In the Land & Water section, we feature a story about a law passed by Congress to restore land to several tribes in Nevada.

Law Review & Bar Journal Bulletin
http://www.narf.org/nill/bulletins/lawreviews/2016lr.html
These articles were added:
Who's in and who's out: Congressional power over individuals under the Indian Commerce Clause.
Indigenous identity, cultural harm, and the politics of cultural production: a commentary on Riley and Carpenter's "Owning Red."
Making resources, making management.