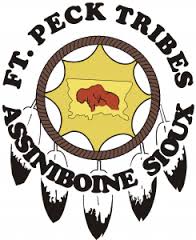 U.S. Regulatory Bulletin
http://www.narf.org/nill/bulletins/regulatory/2017.html
We feature a rule from the Department of Interior, Indian Gaming Commission, regarding Privacy Act procedures.

U.S. Legislation Bulletin
http://www.narf.org/nill/bulletins/legislation/115_uslegislation.html
One bill was added this week.
S.245: A bill to amend the Indian Tribal Energy Development and Self Determination Act of 2005, and for other purposes.