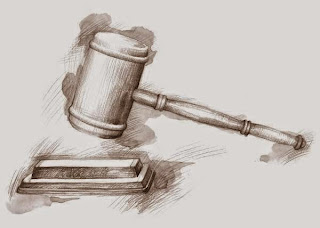 News Bulletin
http://www.narf.org/nill/bulletins/news/currentnews.html
In the Culture & Tradition section, we feature a couple of articles about court decisions relating to the Indian Child Welfare Act. We also have updates in other sections of the bulletin on the Trump executive orders on the Dakota Access and Keystone XL pipelines.

Law Review & Bar Journal Bulletin
http://www.narf.org/nill/bulletins/lawreviews/2017.html
Here are the articles featured this week:
Free speech & disparaging trademarks.
Tribal advocates as ministers of justice: a potentially problematic concept.
Caught on the wrong side of the line: an examination of the relationship between the payday loan industry and American Indian tribal sovereignty.
Climate change: carbon market.
Renewable energy service companies for Indian Country.
The lack of trust in a trust relationship: Indian affairs and the federal government.
Online sovereignty: the law and economics of tribal electronic commerce.
"Fed" up with acidification: "trusting" the Federal Government to protect the Tulalip Tribes' access to shellfish beds.