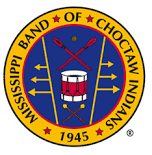 News Bulletin
http://www.narf.org/nill/bulletins/news/currentnews.html
One of the articles featured in the Tribal Jurisdiction section is about the Supreme Court tie vote in the Dollar General case regarding the power of tribal courts to review civil cases involving the activities of nonmembers on native trust lands.

Law Review & Bar Journal Bulletin
http://www.narf.org/nill/bulletins/lawreviews/2016lr.html
These articles were added:
Liberte, egalite, fraternite: The United Nations Declaration of the Rights of Indigenous Peoples fails to protect Hopi katsinam from the auction block in France.
Looking to the third sovereign: Tribal environmental ethics as an alternative paradigm.
What should tribes expect from federal regulations? The Bureau of Land Management's fracking rule and the problems with treating Indian and Federal lands identically.
Protecting traditional water resources: Legal options for preserving tribal non-consumptive water use.
"Salmon is culture, and culture is salmon": Reexamining the implied right to habitat protection as a tool for cultural and ecological preservation.
A sacred responsibility: Governing the use of water and related resources in the International Columbia Basin through the prism of Tribes and First Nations.

U.S. Regulatory Bulletin
http://www.narf.org/nill/bulletins/regulatory/2016fr.html
We feature a notice of the Bureau of Indian Affairs regarding tribal consultation sessions on probate regulation updates.