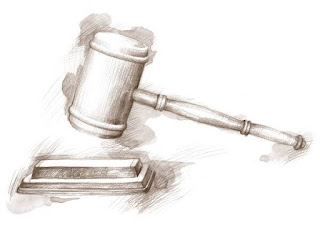 * News Bulletin
http://www.narf.org/nill/bulletins/news/currentnews.htm
In the "Intergovernmental" section, we feature an article relating to a settlement agreement between the Yakima Nation and the DOJ and FBI over a 2011 reservation raid.

Native Land Law – Ongoing CLE Series
On September 10, 2013 (2pm - 4pm Eastern), West LegalEdcenter, in partnership with the Indian Land Tenure Foundation (ILTF), will be offering Native Land Law Series -- Principles 11 & 12: Self-Determination.
This will be the fifth program in the Native Land Law Series, which is being held periodically throughout 2013.  The series provides an overview of the 17 legal principles in Native Land Law and offers analysis of federal laws and policies that impact the field of Indian law today.  Topics include:

*  Fundamentals of Policy and History
*  Discovery Doctrine, Plenary Power & Termination
*  Treaties
*  Trusteeship & Trust Title
*  Self-Determination
*  Taxation (Tribal, Federal and State)
In addition to the live webcast, registrants will receive access to the on-demand video for 180 days.  (The on-demand version may or may not be accredited in your state.)  To learn more and register, please click here.  Through its partnership with West, NILL/NARF is able to offer a special discount to this program – the promotion code ILTF2013 will be good for a 25% discount to any ILTF program this year.