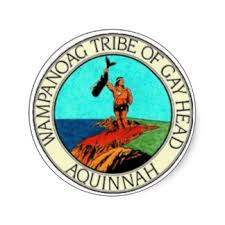 U.S. Regulatory Bulletin
http://www.narf.org/nill/bulletins/regulatory/2017.html
The Department of Interior has published a notice about a listening session scheduled to help improve the Land Buy-Back program for tribal nations under the Cobell settlement.

News Bulletin
http://www.narf.org/nill/bulletins/news/currentnews.html
In the Tribal Government section, we include an article about a victory for a tribe regarding jurisdiction over gaming.

Law Review & Bar Journal Bulletin
http://www.narf.org/nill/bulletins/lawreviews/2017.html
The following articles were added:
Native nations and the Constitution: An inquiry into "extra-constitutionality."
What the future holds: The changing landscape of federal Indian policy.
Roadway to reform: Assessing the 2015 guidelines and new federal rule to the Indian Child Welfare Act's applications in State courts.
Capital, inequality, and self-determination: Creating a sovereign financial system for Native American nations.
Why Indigenous Peoples' property rights matter: Why the United Nations Declaration on the Rights of Indigenous Peoples may be used to condemn Isis and the State of Iraq for their failure to protect the property rights of Indigenous Peoples in the Nineveh Plains.
Defending the Cobell buy-back program.
Intellectual property rights and informed consent in American Indian communities: Legal and ethical issues.
Raising capital in Indian Country.
Christman v. Confederated Tribes of Grand Ronde: A chapter in the disenrollment epidemic.
The dynamic legal environment of daily fantasy sports.
Trespass to culture: The bioethics of Indigenous populations' informed consent in mainstream genetic research paradigms.