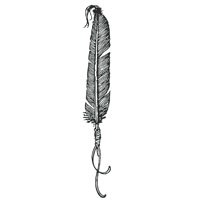 * News Bulletin
http://www.narf.org/nill/bulletins/news/currentnews.htm
In the "Fiduciary Duty" section we include an article on Interior Secretary Sally Jewell's agenda for Native Americans.

* Regulatory Bulletin
http://www.narf.org/nill/bulletins/regulatory/currentfr.htm
We feature a notice from the Department of Interior regarding the revised list of Indian entities recognized and eligible to receive services from the United States Bureau of Indian Affairs.